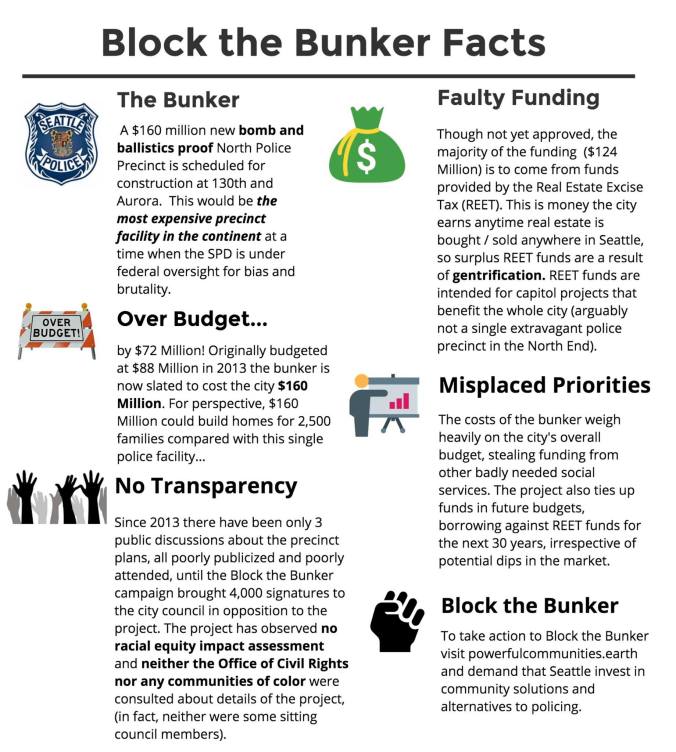 Seattle city council member Lorena Gonzalez drafted a resolution that has only cut the bunker costs merely 11 million dollars, after promising to “shrink that considerably”.

WTF!? That hardly makes a dent on this project!

She will also introduce it and Council will vote on it the same day! They are rushing this through. Monday 2pm. Seattle City Council. Be there!

In the meantime, contact the city council NOW and demand that:

1. Black lives, and lives of people of color generally, actually begin to matter in Seattle when it comes to city policies and projects.

2. They access and USE the Racial Equity Toolkit (http://www.seattle.gov/…/RacialEquityToolkit_FINAL…). There is a process the council is NOT following at this time.

3. They defund this bunker project completely. There are viable public safety alternatives that cost far less in taxpayer dollars and Black lives.